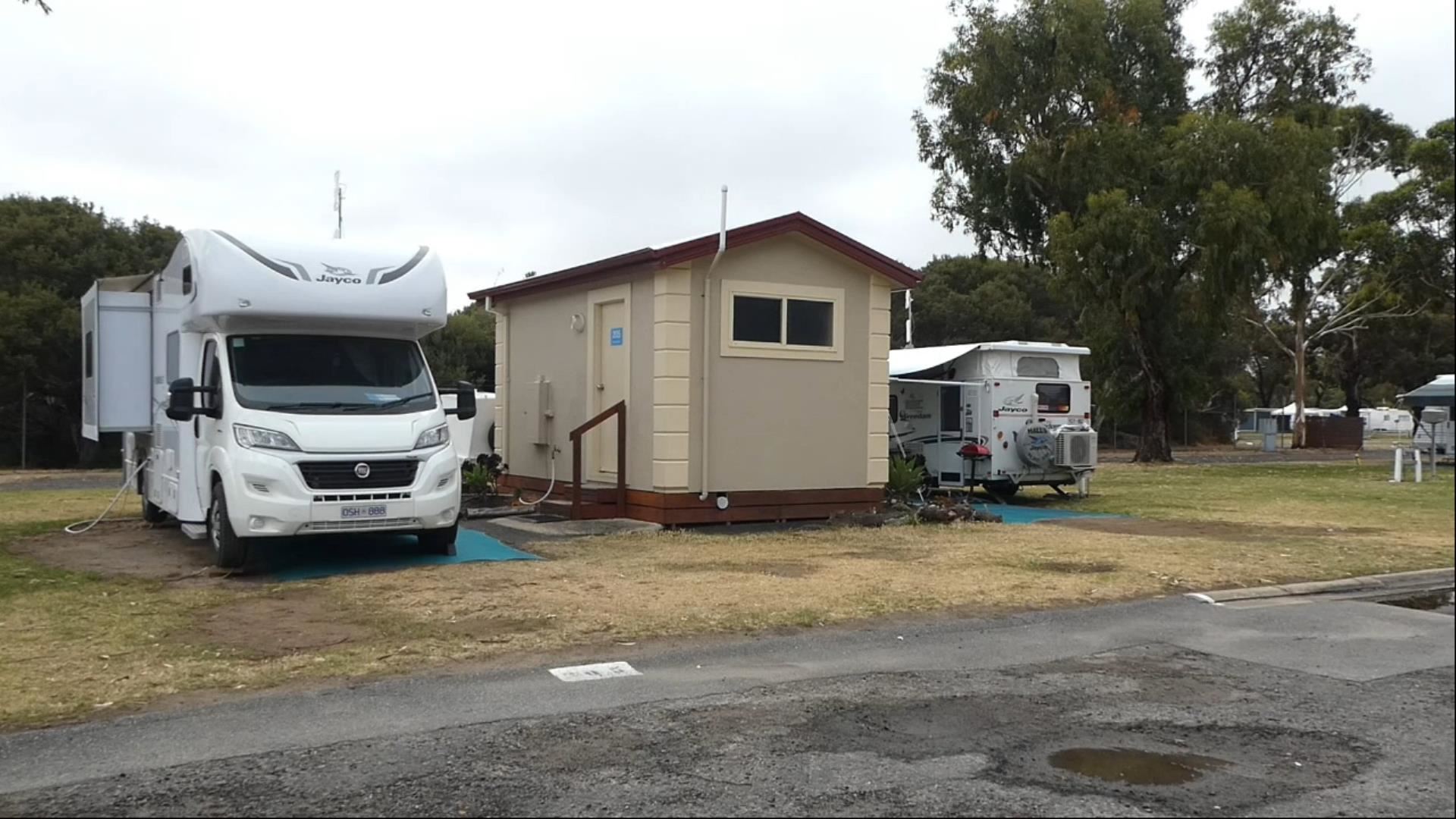 This was our  fourth trip in our motorhome.

Having filled the motorhome with fuel early on Saturday we were on our way just after 10.00am.

We had rest breaks at Nildottie and Murray Bridge. The drive was uneventful and we arrived at our destination just after 3.30pm. We proceeded to setup the motorhome, levelling the vehicle and connecting to mains water and electricity.

Dinner tonight was from the local fish and chip shop.

On Sunday morning we setup the gazebo and gazebo tent. Once that task was completed we had a bacon and egg breakfast.

After breakfast was consumed, we went for a drive to the Goolwa Markets. Unfortunately, by the time we arrived, most of the traders had packed up and there was very little to see. Returning to Victor Harbor we drove through Middleton and Port Elliott before arriving at the Victor Harbor Markets This market was still quite busy and had quite a few stalls operating.

As usual whilst we are travelling, Monday is Gary’s work day. Whilst Gary worked, the rest of us hit the shopping precinct for some retail therapy.

Tuesday’s drive was to Cape Jervis and watched the Sealink Ferry return from Kangaroo Island and dock at the terminus.

Having left Cape Jervis, we drove on to Rapid Bay and looked at the low cost campground. There were a few campers and the campground looked well maintained. No doubt over the summer school holidays the campground would no doubt be overflowing. From Rapid Bay we drove to Second Valley. I recall camping in a tent at the Caravan Park many, many years ago. It would have had to have been in the early 1970’s. This would be another place that would be packed during summer school holidays.

We bought some flathead and scallops at a local fish shop which we ate for tea. From Second Valley we drove through Normanville and Yankalilla before we returned to Victor Harbor.

Wednesday, Thursday and Friday were more days of local sightseeing. This included various lookouts and a trip to The Bluff.

Our week in Victor Harbor was at an end. Having packed up Friday afternoon, we left the NRMA Victor Harbor Caravan Park at 10.00am and were back home around 2.00pm.